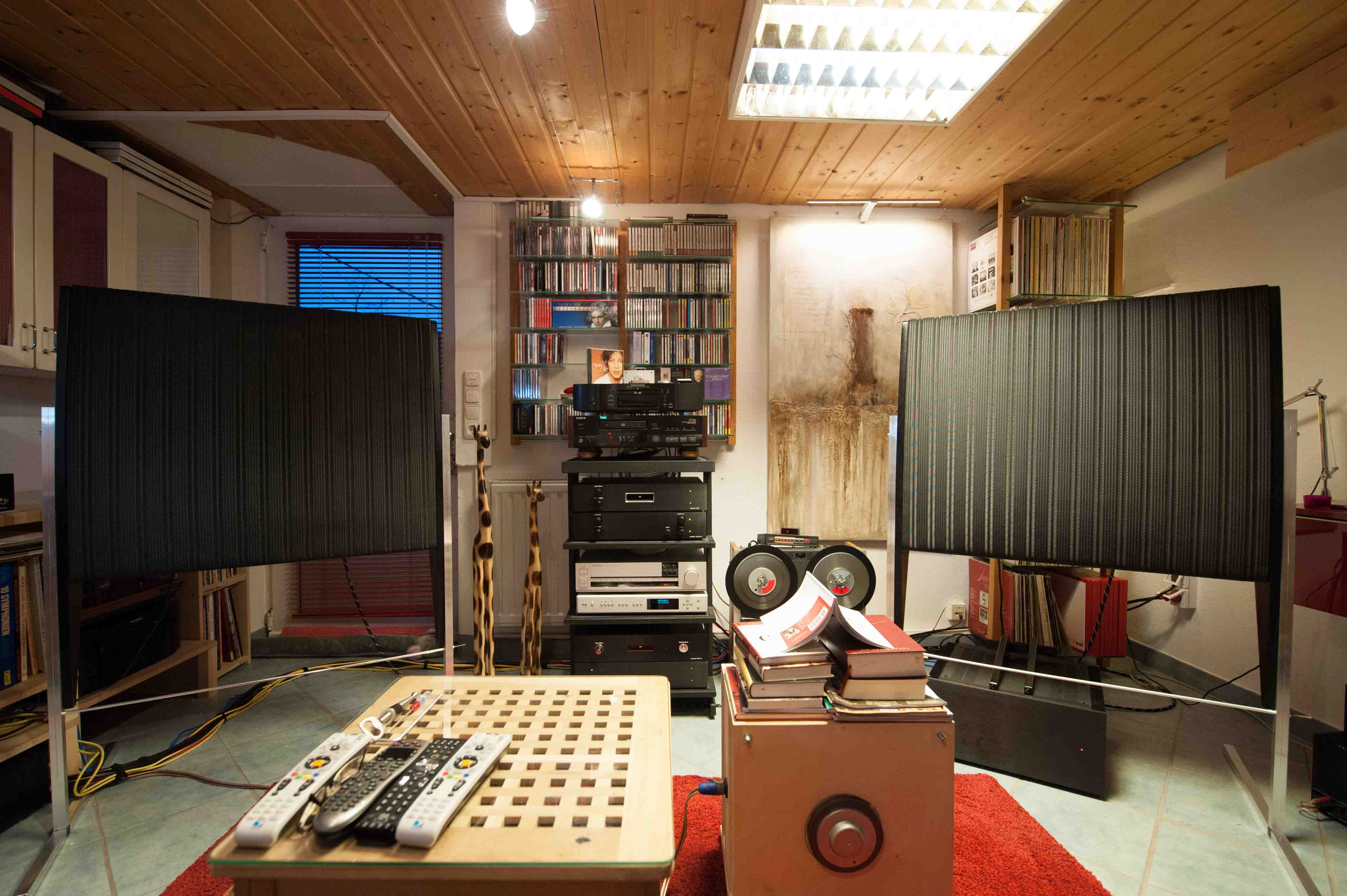 Countless pages have been written about this Quad ESL57, short the electrostatic , other electric drives of the same family (Quad ESL63, ….) And its inventor.
As electrostatics, they have quickly gained a prestigious reputation for their authentic sound after the market launch.
Would not it be the subject of amplification and aging …….

Peter Walker came in the post-war years on the phenomenal idea of ​​using a thin, electrically conductive membrane between 2 loading surfaces (stators) to use the electrostatic principle (known for a long time) for sound generation and thus to produce a sound transducer in series.
Until the 90s, this loudspeaker was built by the company Quad largely unchanged and has a large fan community.
Today, the center for refurbishment and new production in Germany is located in the Eifel (Quad Germany) .

Due to the lightness of the membrane ( Mylar A 35 micrometer “thick”) a nearly instantaneous sound generation became possible. 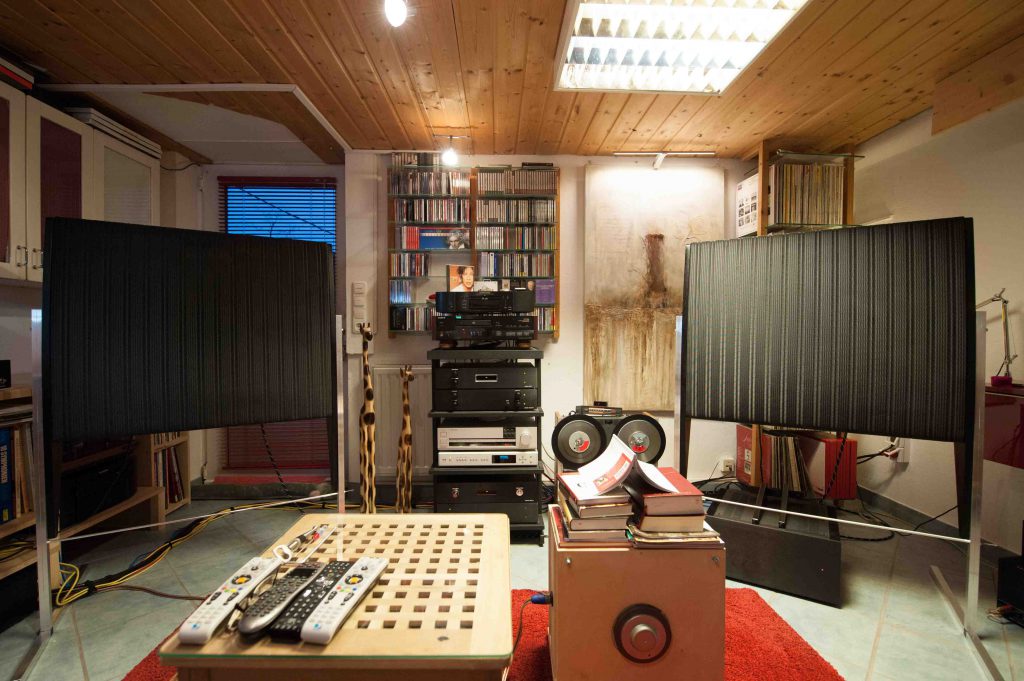 What the developer could not have guessed that through the decades later become possible amplifier technology, this system should first properly “play” his skills. The quad comes in the flowering years !!!

Already elsewhere I have pointed to the key experience of listening to this system.
It was THE eye-opening experience.

Since then, this transducer has not let go of me, and I think I have found in my chain the perfect end member.
However, he is also a mimosa and may be treated as such.
Careful installation , care of the slides, operation on the right electronics , all he likes.

What he does not like are high volumes, too low positioning, unsuitable amplifiers, …… ..
More on that later.

The following pages deal with the careful processing of this famous system while preserving the external and internal state.
With modern materials – especially thinner foils – not only value preservation but an increase in quality is possible, which is not only audible but also measurable.

We use cookies on our website to give you the most relevant experience by remembering your preferences and repeat visits. By clicking “Accept All”, you consent to the use of ALL the cookies. However, you may visit "Cookie Settings" to provide a controlled consent.
Cookie SettingsAccept All
Manage consent

This website uses cookies to improve your experience while you navigate through the website. Out of these, the cookies that are categorized as necessary are stored on your browser as they are essential for the working of basic functionalities of the website. We also use third-party cookies that help us analyze and understand how you use this website. These cookies will be stored in your browser only with your consent. You also have the option to opt-out of these cookies. But opting out of some of these cookies may affect your browsing experience.
Necessary immer aktiv
Necessary cookies are absolutely essential for the website to function properly. These cookies ensure basic functionalities and security features of the website, anonymously.
Functional
Functional cookies help to perform certain functionalities like sharing the content of the website on social media platforms, collect feedbacks, and other third-party features.
Performance
Performance cookies are used to understand and analyze the key performance indexes of the website which helps in delivering a better user experience for the visitors.
Analytics
Analytical cookies are used to understand how visitors interact with the website. These cookies help provide information on metrics the number of visitors, bounce rate, traffic source, etc.
Advertisement
Advertisement cookies are used to provide visitors with relevant ads and marketing campaigns. These cookies track visitors across websites and collect information to provide customized ads.
Others
Other uncategorized cookies are those that are being analyzed and have not been classified into a category as yet.
SPEICHERN & AKZEPTIEREN